Thank you Kylie Jenner for featuring me nails under the  Kylie Klaws section of your app! Click the photo above to read 10 things about me. We’re talking taxidermy raccoon manicures, dominatrix’s and my favorite nail polish brand.

Meet me at Inglot Studio’s at Chelsea Market in New York City on June 17th from 6 to 8pm to learn trade secrets and techniques. Refreshments will be provided and you will receive the $55 seminar fee back in Inglot products. Don’t forget to enter the raffle for a chance to win nail art designs by me!

What You Will Learn:

Register by clicking the flyer above.

I teamed up with my friend Meghan Lorenz from Cities in Dust to create a sculptural midi ring exclusive for Local Eclectic. Meghan and I have worked together on her lookbooks for Cities in Dust so when the proposal came about to collaborate I jumped at the idea of creating a nail ring. It was important to us that the ring we designed would be adjustable and could fit all nail shapes and sizes. Read on to get a behind the scenes look of our design process.

END_OF_DOCUMENT_TOKEN_TO_BE_REPLACED

Join us on May 21st from 6 to 9pm at Dzine Studio to raise funding for The Cara Program! Click the image above to purchase tickets.

Nails From The Crypt

Nails from the crypt by AstroWifey

I only have a couple of appointments available before Halloween, you can book by emailing my assistant at astrowifeyINFO@gmail.com. No pumpkin requests please, pushing the ghoulish nails this year to next-level. Stanley Kubrick’s The Shining carpets, ghouls from vintage Betty Boop’s episode “Snow White” and zombie Barbie’s is where its at this year.

During NYFW Michael Kors personally requested a powdered finish with nude so that the nails didn’t clash with the clothing. Manicurist Jin Soon painted the models nails for the Spring/Summer 2015 collection with Michael Kors Nail Lacquer in Hint and topped it off with a matte finish to give the powder effect.

The 2015 collection had effortless yet put-together looks such as crop tops, three-quarter length skirts, American traditional trousers, fresh whites, florals, pops of color with gingham and plaid, and lots of tan leather in the details such as the buckles, satchels and corsage belts. It had an American romanticism about it, like a woman you would fall in love with while watching her picnic in a park out of a sweet wicker basket. Some of the looks such as the trench and crop dress had a bit more edge and confidence still holding the same sweet personality but with some sass. The type of woman that you don’t want to mistake her kindness for weakness because she can make you regret it in a heartbeat. I enjoyed the mixture of ultra-feminine pieces mixed with a bit of masculinity.

The Michael Kors Fall Nail Collection has 18 shades that consist of frosted nudes, strong jewel tones and unexpected pop of color. The formula is free of Formaldehyde, Toluene and DBP making it friendly for your tips. Kors is teaming up and interacting with bloggers and fans by encouraging you to share your Kors manicure using the hashtage #NailedIt on Instagram and Twitter.

Inspired by the pieces from Fashion Week I came up with four nail looks that I feel embody Kors’s style. Using the ever-so-popular French Tip which I feel plays so well on the American styles in the collection (Did you know the French Manicure is actually not French? It was created by American Jeff Pink, founder of Orly. Click HERE to find out why it was dubbed the French Tip) I remade the traditional French manicure with art. Read on for my four French Kors looks.

END_OF_DOCUMENT_TOKEN_TO_BE_REPLACED

Last #TipsyLove of the Year!

DJ Lani Love and guest set by Red Rum Rio spin the grooves to get you moving. Spifster, Gigi and I will be providing you with custom manicures that fit the themes within the recent issue of Tipsy like cyber and glitch art and emoticons. We will also have a number system in place for your nails so you wont miss a beat while you’re twerking on the dance floor!

This is a special night because Tipsy Zine is is releasing the fourth issue with limited quantities available at the event.

Each week I want to start an installment on my blog of my favorite nail looks I created with my clients. This week was full of pastels, gems and even a little dose of Fall colors to transition us for the upcoming change of seasons. Book your appointment by requesting via StyleSeat.

I made it to BuzzFeed alongside some of my nail sisters as on the 17 Nail Art Salons You Have To Visit Before You Die! Make AstroWifey nails part of your bucket list or set up your appointment now by emailing my assistant Mariana at astrowifeyINFO@gmail.com.

We are back with another installment of #TipsyLove presented by Tipsy Zine & DJ Lani Love. All details on the flyer above. See you there with fly nails! 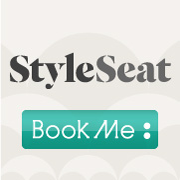